In the PRO and Stereo Versions of FrameForge, you'll find a master dimmer on the bottom of the lighting panel which is used as a helper when you're adjusting the F-Stop in DOF (Depth of Field) Mode so that your scene does not get too dark or light as you open and close your f/stop.

Whether to use it or not is optional, and you can change your choice simply by checking or unchecking the box on the DOF Control Panel. 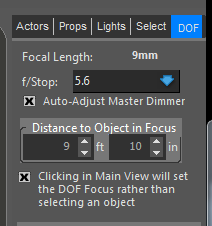 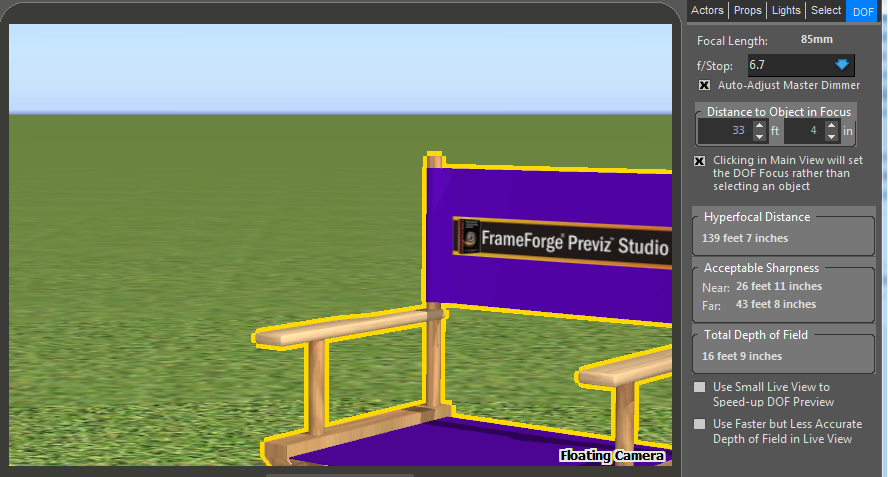 There is a pretty shallow depth of field due to the fact that the f/stop is pretty wide open.  However, were I to just change the f/stop without affecting the lighting (which is what happens if I UNCHECK that Auto-adjust Master Dimmer checkbox), then the scene gets blown out because we just opened the aperture to 1.2 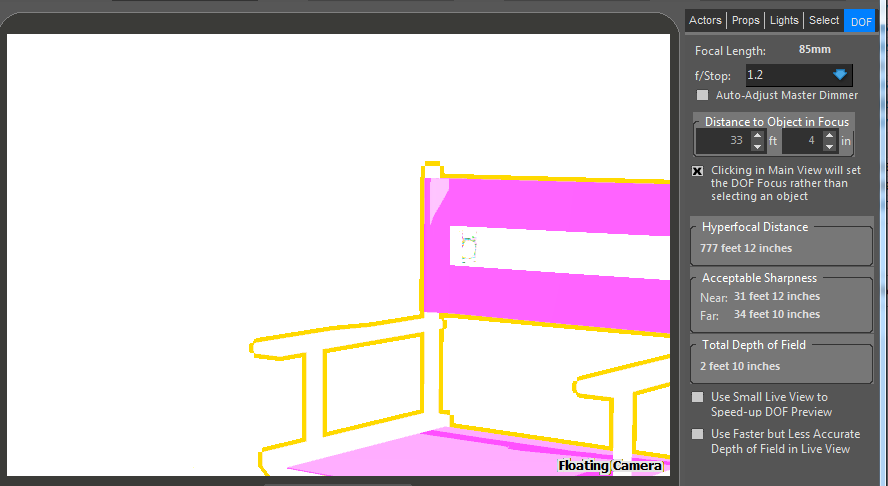 With the Auto-Adjust Master Dimmer checkbox checked, on the other hand, then we get the Depth of field we want, without affecting the apparent lighting of the scene because the master dimmer brought down the lighting the same amount as you opened the aperture.  This will affect any other cameras on set, making their views much darker, but it makes working with depth of field much easier, rather than forcing you to manually compensate for potentially a lot of lights on set. 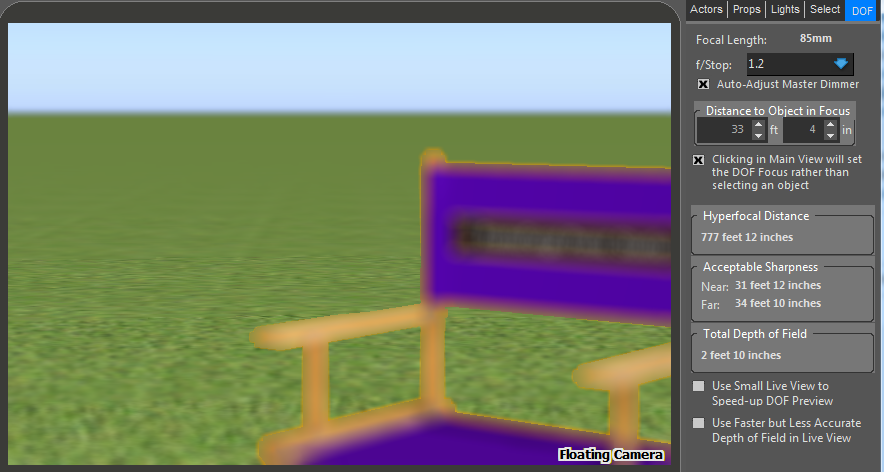 If you're using the Auto-Adjust Master Dimmer option, you don't need to worry about the meaning of the numbers on the master dimmer control, but in case you were wondering, they represent an adjustment to aperture stops.  For example, suppose you change the f/Stop control in the depth of field panel from 5.6 to 3.4.  This opens up the camera aperture by one and a half stops, making the scene much brighter.  If you then change the master dimmer from 0 to -1.5, it will exactly compensate for that 1.5 stop change in aperture, bringing the scene brightness back to where you started.