The new Live Backgrounds™ feature introduced in Version 4 is a special compositing feature that lets you take an image of a location or set and make it fill the background of your frame, allowing your actors to effectively move around in the 3D space of the picture, as shown in the image below. 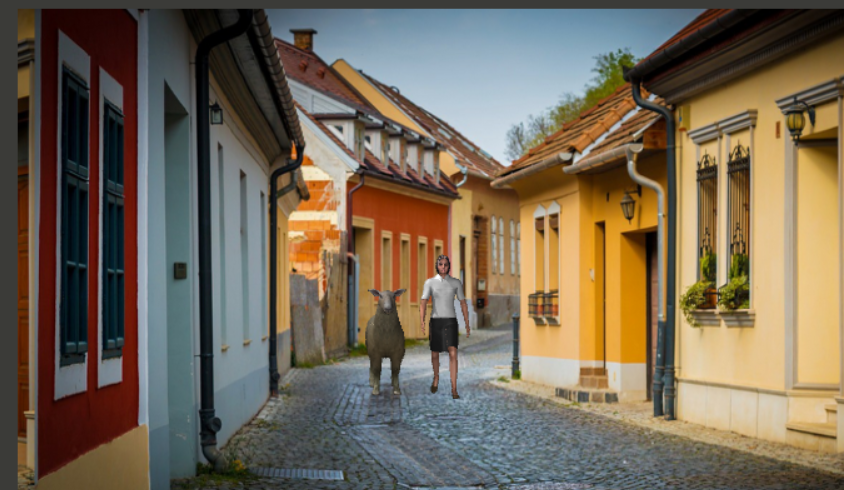 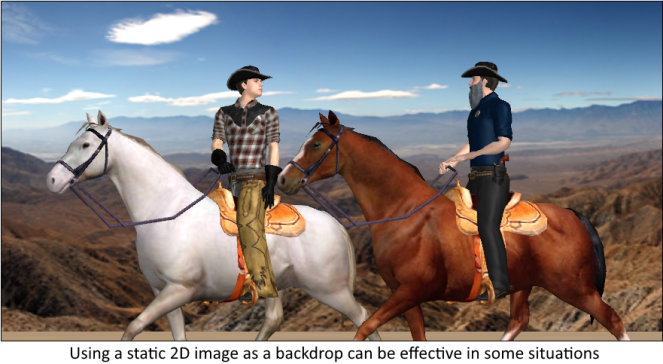 Live Backgrounds (Image Plates) are a lot more powerful than simple backdrops displayed on a wall behind your actors. That kind of static backdrop can be great for creating the illusion of a vast, sweeping background (as in the image of the cowboys to the right), but a backdrop like that only works because the cowboys are not really a part of the environment the backdrop represents.

If you want them to go into the canyons behind them, and you were using a static background, you’d have to fake it by scaling them and elevating them to create forced perspective, which defeats a lot of the benefits of FrameForge’s optically accurate cameras.

Use live backgrounds, however, and they can ride in or out of the sunset just like they were on any other set. 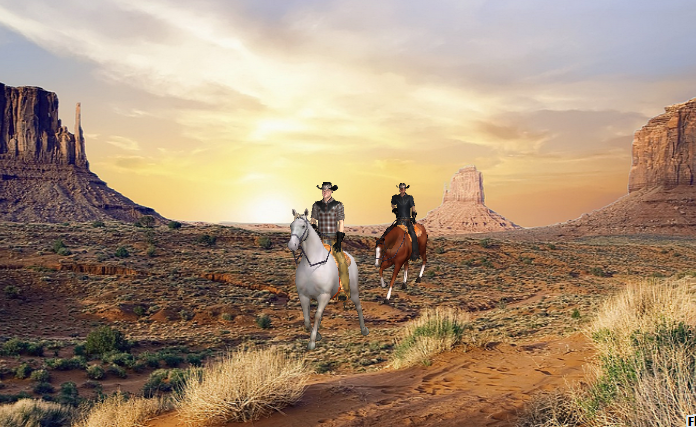 Live Backgrounds do this magic by “mapping” the 3D space of the FrameForge Floor to exactly match the “floor” surface of the original location through its unique, visual Calibration Function.

You can see what’s going on “under the hood” in the image below. It looks like the actors are walking on the cobbled road in the image, because the floor they are really walking on exactly matches the road’s plane in the image itself, but the image is being composited on top of it. 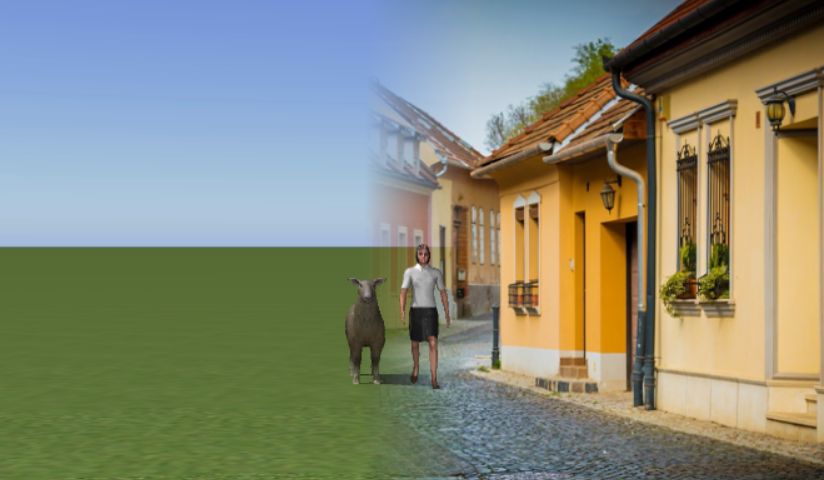 You can read the entire chapter about Live Backgrounds here.